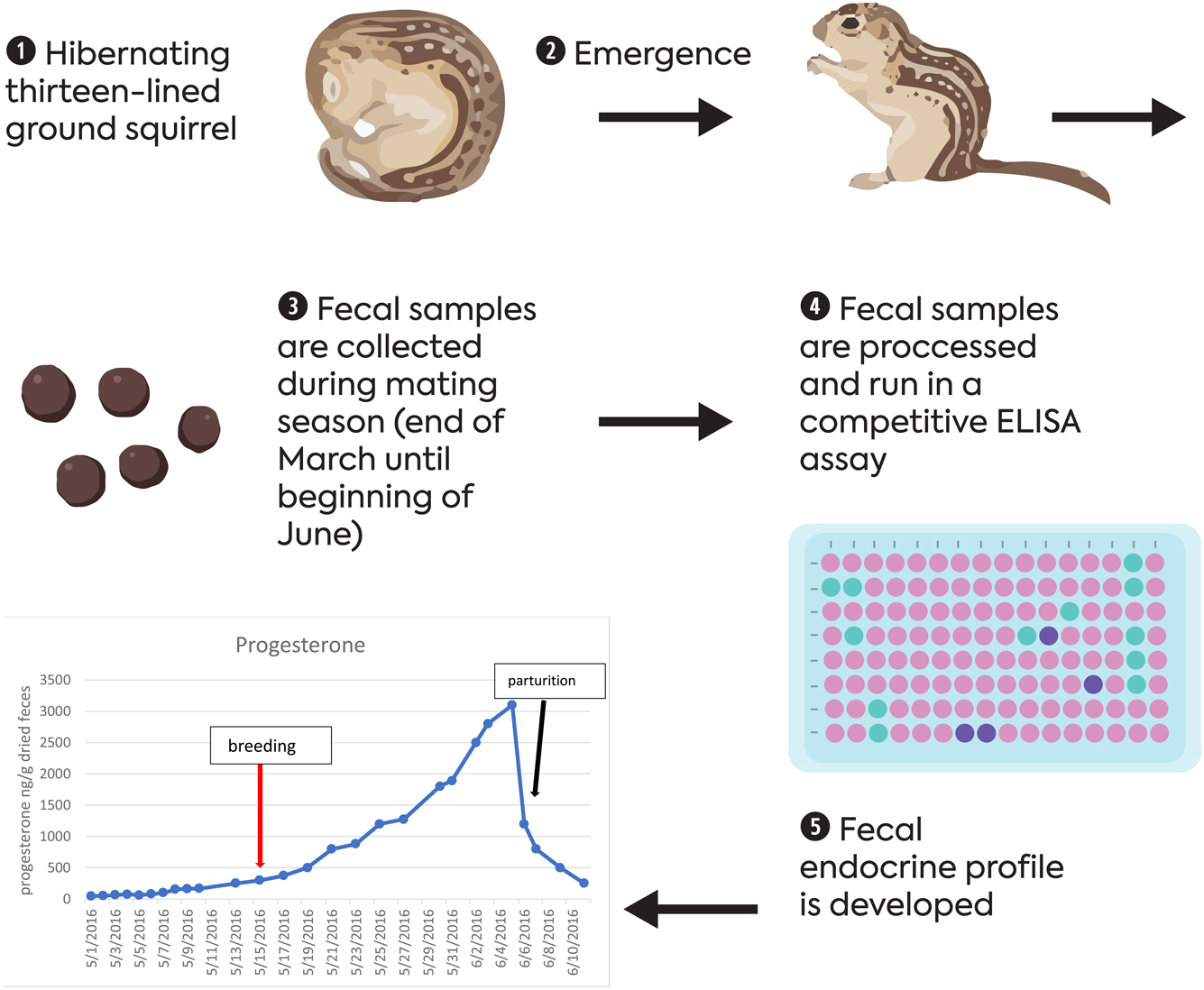 This research was conducted to discover whether pregnancy prediction is possible in female 13-lined ground squirrels (TLGS; a small hibernating ground squirrel named for their number of stripes). Pregnancy status in this species, we postulated, could be anticipated by generating profiles for individuals via a non-invasive technique known as fecal endocrine hormone profiling. Fecal samples were collected from 13 females thrice weekly for 4 weeks post-hibernation in the breeding season of 2016. Fecal samples were then processed and run through an assay known as an ELISA giving concentrations of hormone metabolites excreted through feces. We then set these samples against time points to develop a profile for each female. We have ascertained that elevated progesterone (potential pregnancy) can be detected by a commercially available assay kit. Understanding hormone patterns in animals gives researchers a better idea of best husbandry practices, including breeding in managed care.